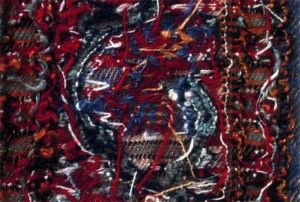 The simplicity this side of complexity tries to make life more simple than it actually is. It is what many now see as the wilful simplicity that was inflicted on the electorate before the EU referendum, making out that leaving Europe would be a magical panacea for ‘getting our country back again’ – whatever that means – and the recovery of untold millions being wasted on Europe and its institutions. The complex web of relationships, benefits and difficulties was airbrushed out of the picture for the sake of some generalised feeling of ‘life is difficult and it’s all the fault of Europe’. The full extent of the complexity is now becoming apparent as the Brexit negotiations crawl forward and the government struggles to agree with itself, let alone Europe.

However I would argue that the remain campaign also failed in so much as it was not able to articulate ‘the simplicity on the other side of complexity’. Beyond the arguments around the single market, and immigration and all the issues where Europe brings costs and benefits there needed to be a vision of partnership that owned the complexity but was not compromised by it, but rather contained it as part of a greater  meaning and purpose.

It is no different in the church. We can swing from easy certainties about God, the gospel, church growth or human sexuality to seemingly muddled complexities about theology, morality  or ecclesiology where no-one knows quite what we stand for. There are hard questions to face wherever we turn and we do well to articulate them. However there is a confidence in God beyond the particular issues and which is in fact diminished if we make everything all too buttoned up and clear. I believe that Jesus and the apostles brought a simplicity to their message about the kingdom of God, the supremacy of love and the assurance of grace that acts as a foundation for everything else.

There will be a lot more to say about many things, but they must not obscure the foundation. That’s why within our life here at Launde, we place great value on silence. Silence helps us to find the simplicity on the other side of complexity, to live the essentials, to know God and ourselves before we argue for this way or that. Silence anchors us in the love of God, and from there we are more able to enter the complexities of life more honestly and effectively and with less need to get our own way or have it all sorted.