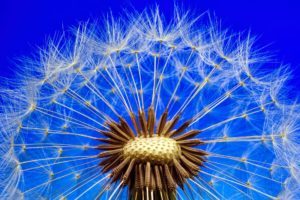 ‘Christ is risen’ we cry each Easter, yet this year with Easter Day being April 1st it was easy to highlight the foolishness of it all just as the first disciples did when told the news by the women. It was T.S.Eliot who began The Wasteland with the line “April is the cruellest month..” in order to show the pain of hope as the natural world comes to life again. We cannot risk hoping too lightly.

Yet if Christ is risen, if Easter is real then we have to start risking new perspectives. We cannot just carry on with the assumption that that situation is always going to be like that, or that this person will never change. If Jesus has risen from the dead then anything becomes possible in this mixed up world we live in. No wonder the apostle Paul wrote to the Corinthians “from now on we regard no-one from a worldly point of view”.

The late Lesslie Newbigin put it like this: “It is obvious that the story of the empty tomb cannot be fitted into our contemporary worldview, or indeed into any worldview except one of which it is the starting point… It is a boundary event, at the point where (as cosmologists tell us) the laws of physics ceased to apply.  It is the beginning of a new creation – as mysterious to human reason as the creation itself.”

So it challenges us to ask what rules we want to live by. Recently I was thinking and praying about the state of the country. I will freely own that in relation to Europe I voted to remain. Apart from the economic case, it seems to me essential in today’s world to live interdependently and co-operatively with our immediate neighbours, who basically share our values and Christian heritage. However that is water under the bridge, and we are on the way to leaving. So the challenge that came into my mind was ‘Did I want Brexit to be a success?’ In essence it boiled down to whether I wanted the country to prosper and succeed from here on, or to be proved right in my assessment that Brexit was a bad decision.

I will confess that it is not easy to countenance certain politicians triumphantly milking any future prosperity as the vindication of the leave decision. But I knew deep down that wasn’t really the point. The real issue was whether I wanted the world to run on the basis simply of getting things right or wrong, or whether I wanted the resurrection to be the shape of human life and destiny. If it was the latter, then a new and good future was possible whatever the precise merits or failings of our human decisions and actions. Far more important than me or anyone else being proved right was praying for resurrection to be revealed in this and every situation.

To proclaim ‘Christ is risen’ is to live by new rules, by the power of God to make all things new. That means letting go of all merely human assessments and inevitabilities. It means daring to hope.